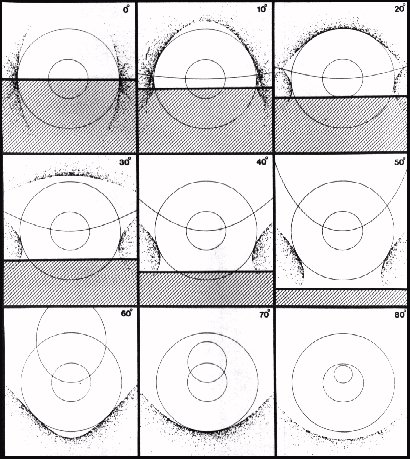 Infralateral arcs are caused by column-shaped ice crystals which are floating in the air. The light enters a vertical base face of the crystal and leaves a prism face.